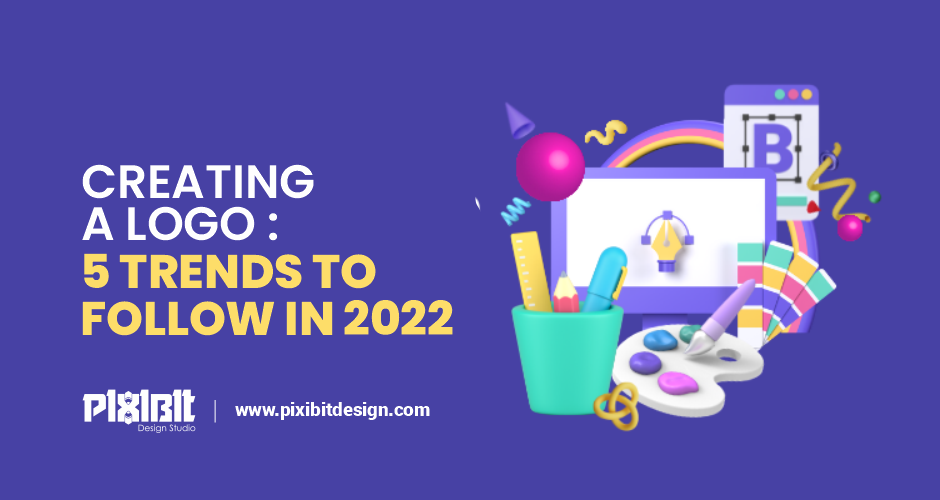 The logo of any company is a piece of symbol used to differentiate from other competitors in the market. A symbol of a brand which itself is so unique that people identify company product from that logo.

The use of logo started from middle ages as a symbol or image to identify themselves.

Earlier logos used are not much as of nowadays.

Example APPLE, it was a simple idea displayed and more objects were used into it. Whereas the style gradually changed and people started knowing the importance of logo by which they knew its impact globally how they distinct themselves with their features. 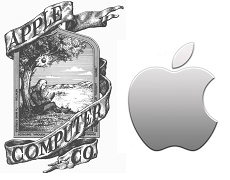 Also there is a shift in the trend of logo as now they took the concept of highlighting serious. Logo with more universally represented styles is created than before. For example logo of eBay, Pringles sprite etc. Here based on the type of logo they change it in a way that unnecessary objects are not displayed on and only the core portion is displayed in which is shown here in combination mark logo of burger king similar in pictorial mark sprite logo.

In word mark logo too such as ebay they change their design more in a universally familiar way.

Today whenever any company is established they do create a logo and so a logo has now become a basic identity need.

There are 5 basic trends people follow today in making their logo.

Demand of logo creation is such that central idea of the company is displayed.

As suppose we take example of twitter the logo of twitter symbolizes freedom to share information or opinion about what you think, this is working model of the whole company. Twitter basically is used for this and the whole work that the company does is displayed in the very short form of a bird who files in the sky which is limitless and here also our message is sent to as many people as we want is also limitless.

So the central and whole working idea behind a company is displayed.

Now if you see an emblem logo they nowadays try to be recognized and remove any unnecessary objects. For example  Starbucks logo.

Earlier the logo contained a lady and tea, coffee and spices mention in it. Later they changed it to just coffee which also shows their importance in coffee business. Later nowadays as people know Starbucks beverage is for coffee only they removes coffee and only displayed a lady with a face and long hair.

By doing so the logo got a highlighted and this made it clear to the people just by image that it is Starbucks coffee. The lady which was more encircled by word coffee was removed with just a picture of lady with a face and long hair.

Now if you look at combination mark logo of Mastercard they show Venn diagram of overlapping circles. This means if from one country or place you transfer money to other place it can be easily done by this. This way they display the whole business they do in just a logo.

The letter mark logo too are designed in a simple and universally friendly font and style.

Logo itself is used for distinct identity but now a days there is a trend of universally accepted style that is to remove unnecessary objects, make logo highlighted with new type of picture art in it.

For example chrome has changed its logo with more bright colors than before. People used dark clear fonts to display an image of strong and robustness of the company.

In term of clothing brands more floral and light colours are used to show modernization with western clothing. Hand drawn design looks more classic and also related to the work of the company like NESTED Inn which has logo of a bird, and its is in the business of hotels with classic theme. Hotel BURJ AL Arab also has hand written logo.

Today’s logo design shows much more compact way to display its name or idea in it.

Every logo is of course different from one another, but here uniqueness has a different way behind it.  Unique style in logo refers to the unique way the logo of company is created .

So far no other company may have it in its style.

The logo does not seem to be copied or edited. Also in past no such logo was available with a specific company.

Like for example the logo of Tesla, it represents cross section of an electric motor such logo in itself is so unique that no other automobile company has it in itself.

Other such example is of BMW logo. BMW logo has wider circle and white and blue pattern. BMW had manufacturing business of aircraft. So middle circle which blue shows aircraft fan and white is the background. This truth of logo is very unique and this is not present in any other logo of automobile manufacturing company with this respect.

So Uniqueness in logo is an important feature for showing distinctness in business. Also they do not have any near similarity with other companies of its type. So in this way today people follow trend in which logo with an idea has uniqueness and no other logo has in itself.

Creating an eye catching could be difficult task but it differs itself from competitors like GUCCI logo. Here as the brand is endorsed in premium quality product it has redesigned itself in a golden color with bold letter and a symbol.

This is so eye catching that it itself shows the brands business in it. It is very necessary to make themselves stand and show its presence with high demand in market. Think if the logo is dull and not showing itself as a big identity in todays fashion driven world then it will lose its impact and a chance of competitors to cover the market in brand driven segment.

Similarly Amazon logo. Amazon logo has seen a transformation from its previously design logo. Earlier there was a river depicted and amazon.com is written . Later there was a transformation and a letter O was shown big. There was today amazon name is very famous and they with bold letter of word amazon and a arrow is displayed. This is ofcourse eye catching and its stands as a branded product and shows more stability in its brand.

Similarly logo of CITI group displays a citi in blue color And red color umbrella present in logo is much eye catching than the previously present. Say citi is a group in financial service. And travelers group had umbrella in its logo.

There are a merger between two and so the umbrella in citigroup logo was earlier displayed. They later change just to citi with grey and word group  was removed. But today they changed gery color to dark blue eye catching color and a red curve which was umbrella seen in previous logo. This made them to brand themselves as strong latest and valuable service they provide.  So eye catching is important nowadays which top companies follow and redesign their logo to show themselves who they are.

Today as various new type of business grows they also show themselves or present themselves in new way. Today’s generation is such which remembers and carry past fashion or trend and make it look new and latest in the most acceptable way. Whether it is food clothing lifestyle they find themselves to carry good idea of past, retain it and present it as they are of our need for a successful life. So it with logo too. Present world sees a combination of past ideology, its essence and applies it with advancement of today’s technology in it.

we can also find this in development if new business and to represent that logo also is so well designed that overall there is a new trend which in past people may not have seen like CBNC logo. Here for a news and financial service channel they display a peacock with bright colors and it means true and accurate information covering many business areas.  Peacock depicts fame, honesty and longevity with moral value company follows. So here they showed themselves in their own way of creating new styles.

Logo is an important part of any brand or company and from history we have seen a shift of how they display their logo.

Today s logo have become more eye catching, unique more presentable with lots of designing option. People nowadays like logo which are filled with bright  and solid color with a message of what company has in itself towards customers. Also logo itself cost much to the company and its brand value. So it’s of at most  important. Today business owners very well know of this fact and ask logo makers to design logo  in a way that just by symbol the value of the company and the work area is displayed. This depicts we live in a new era of digitization and modern ideology which company too follows.

Previous post What if the difference between Brand Identity and Logo? Next post How can package designing be used to increase sales?

We use cookies on our website to give you the most relevant experience by remembering your preferences and repeat visits. By clicking “Accept All”, you consent to the use of ALL the cookies. However, you may visit "Cookie Settings" to provide a controlled consent.
Cookie SettingsAccept All
Manage consent

This website uses cookies to improve your experience while you navigate through the website. Out of these cookies, the cookies that are categorized as necessary are stored on your browser as they are essential for the working of basic functionalities of the website. We also use third-party cookies that help us analyze and understand how you use this website. These cookies will be stored in your browser only with your consent. You also have the option to opt-out of these cookies. But opting out of some of these cookies may have an effect on your browsing experience.
Necessary Always Enabled
Necessary cookies are absolutely essential for the website to function properly. This category only includes cookies that ensures basic functionalities and security features of the website. These cookies do not store any personal information.
Non-necessary
Any cookies that may not be particularly necessary for the website to function and is used specifically to collect user personal data via analytics, ads, other embedded contents are termed as non-necessary cookies. It is mandatory to procure user consent prior to running these cookies on your website.
SAVE & ACCEPT
Order Now
Place Order
Order Now